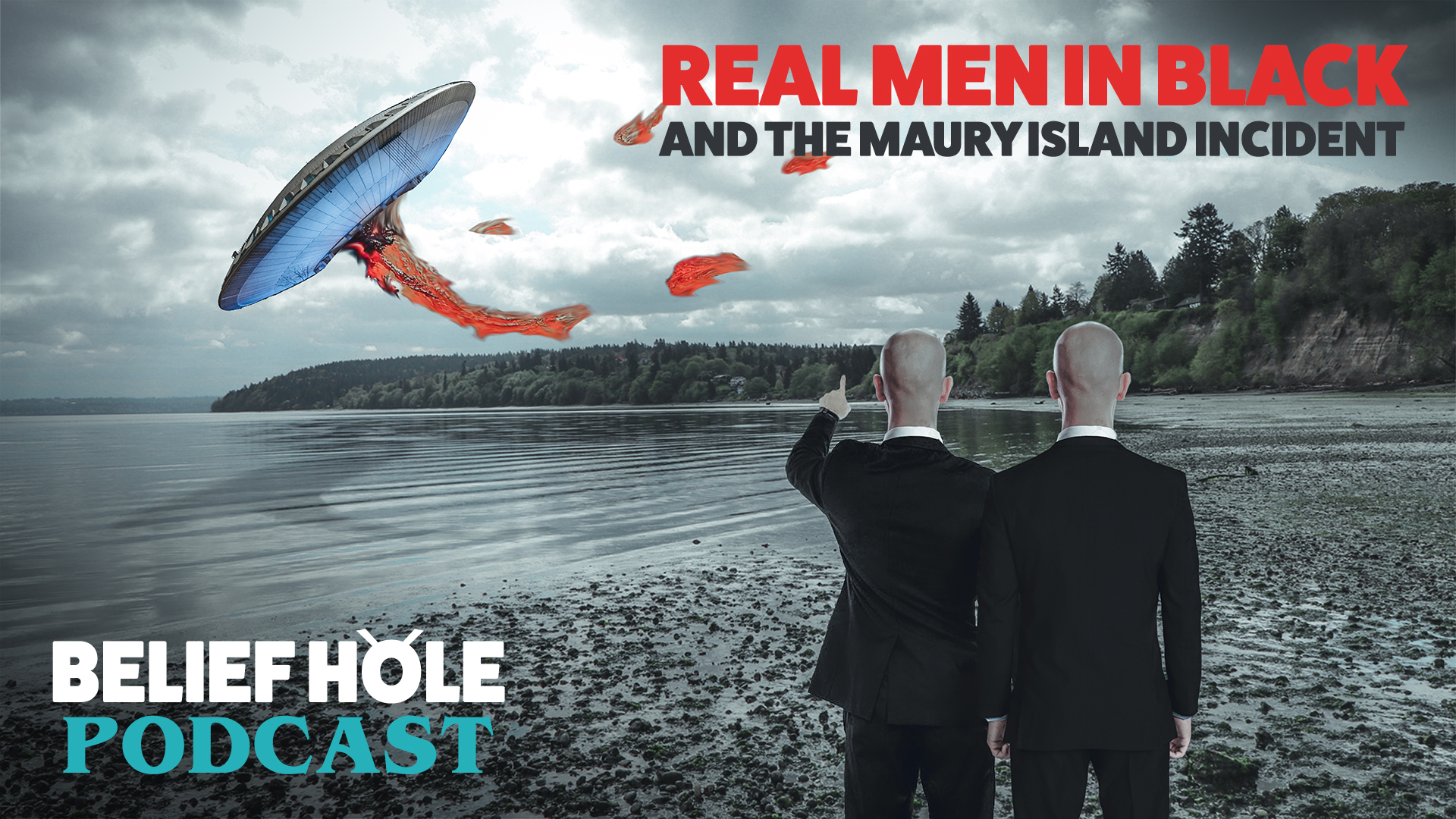 Real Men In Black and The Maury Island Incident

What do flying saucers, poltergeists, and monster sightings all have in common? …insert snarky skeptic comment here… O.G. paranormal researcher, John Keel, would argue that they’re examples of experiences with ‘ultraterrestrials’. And during such events, who’s repeatedly lurking in the shadows, driving classic cars and draped in black formal wear?! (..or sometimes denim).. The legendary, and VERY REAL, Men in Black! That’s who! But you already knew that didn’t you 😉 Let’s dig into some of the clandestine goings ons of these gothically clad g-men and hear stories that call into question their human origin.

NJ 1968-UFO researcher Jack Robinson was terrorized by a Men In Black. After 3 days outside his apartment this rare photo of a MIB was taken pic.twitter.com/VesDWK0Kwv