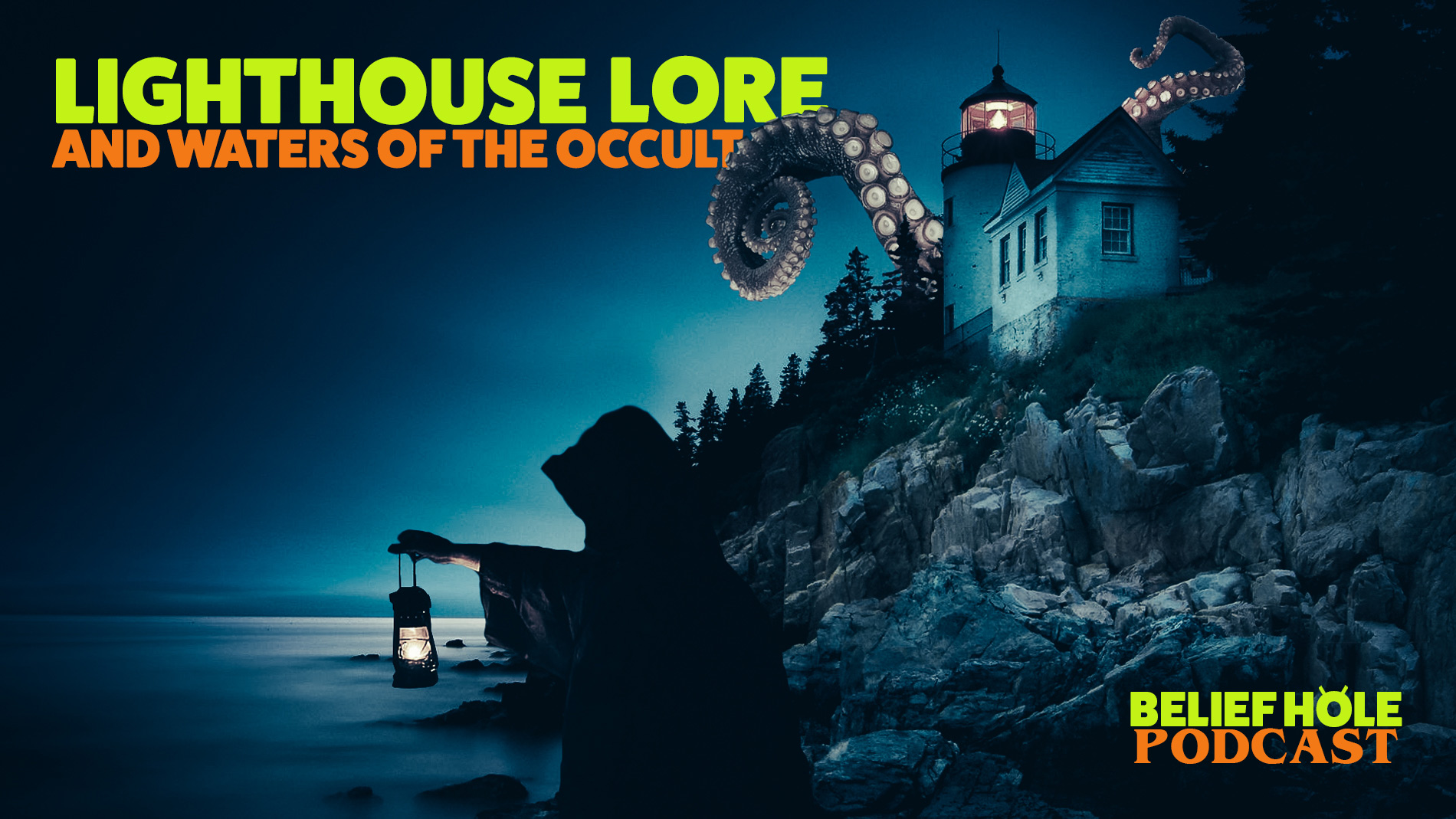 At the edge of the world, one person stands to face the mysterious foggy abyss that is the sea. This is the isolating, maddening, treacherous job of the lighthouse keeper. And although automation has relegated much of this harrowing work to occupational history, there are many bizarre, creepy and mysterious happenings that make up the lantern-lit library of lighthouse lore.

From first hand accounts of occult vandalism and ghostly restroom requesters at West Quoddy Head Lighthouse, to the classic and captivating ghost girl hauntings/ lost lighthouse keeper spirits of the Seguin Lighthouse, we explore the mystery and possible explanations behind the seemingly supernatural phenomena in the craggy mists of these iconic places, and discuss the kraken, fortean fog, and all matter of paranormal at the prosperous of landly existence. Join us, won’t you?

2.17 | Freaks of the Fog and Time Traveling Mists