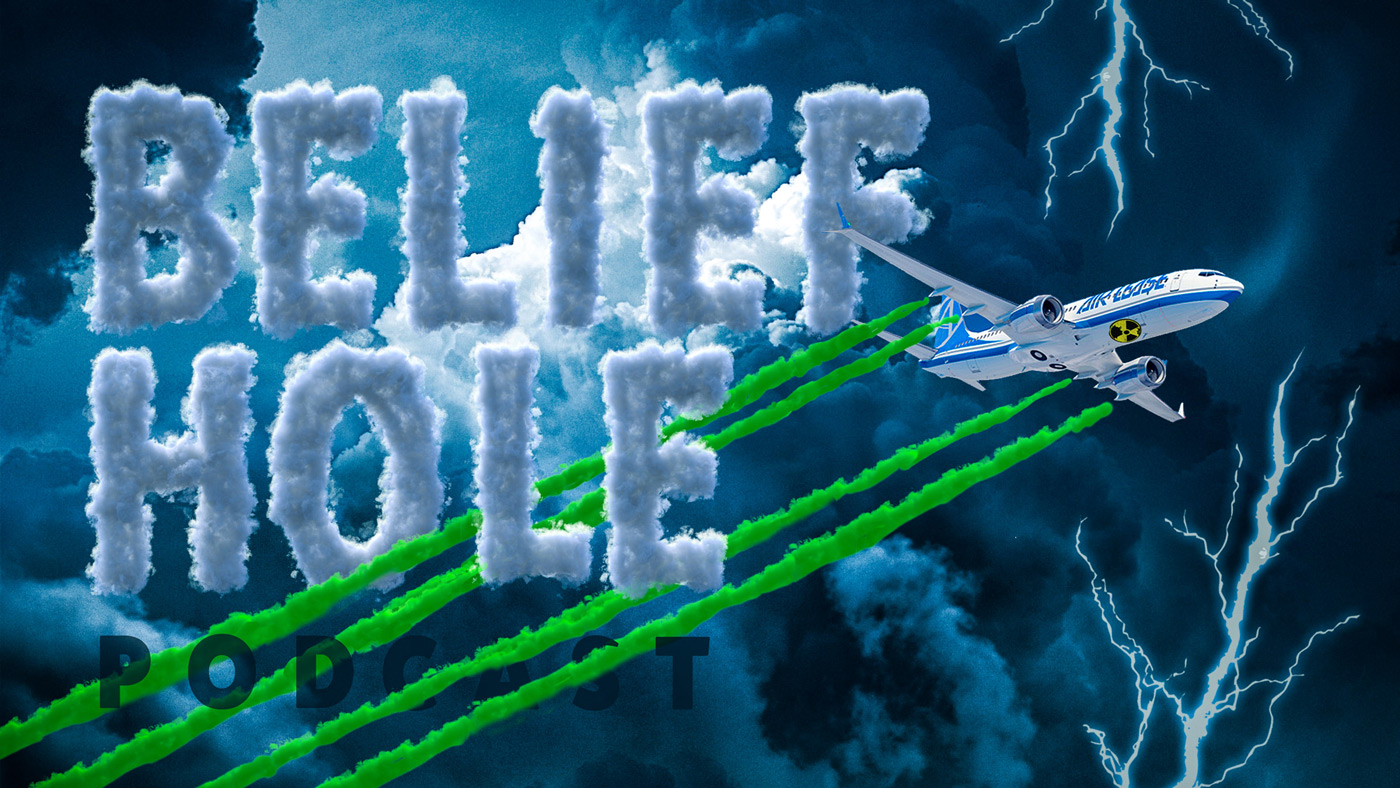 Remember those deep blue skies of your youth? No? Kinda? Maybe? Ever wonder why the skies are more often than not filled with milky washed out overcast haze plumes of sadness?

Well it just might be a secret elite program that ‘climate scientists’ and geo-engineers are pushing to seed the skies with harmful toxins and heavy metals under the auspices of defeating the ever present threat of global warming, global cooling, or whatever climate change that is occurring, that turns out might just be mostly natural after all.

Join us in episode 11 where we hear scientists, doctors and the Artist Formerly Known as Prince elaborate on the dangers of criss-crossing our skies with chemtrails. Is it for population control, Big Pharma benefits, Monsanto patents or to just really bum people out?

Whatever the motives, it’s a conversation that needs to be had. So get out your raincoat, water filter and cloud-busting Organite stones, cause we’re about to weather this storm, deep inside the belief hole.