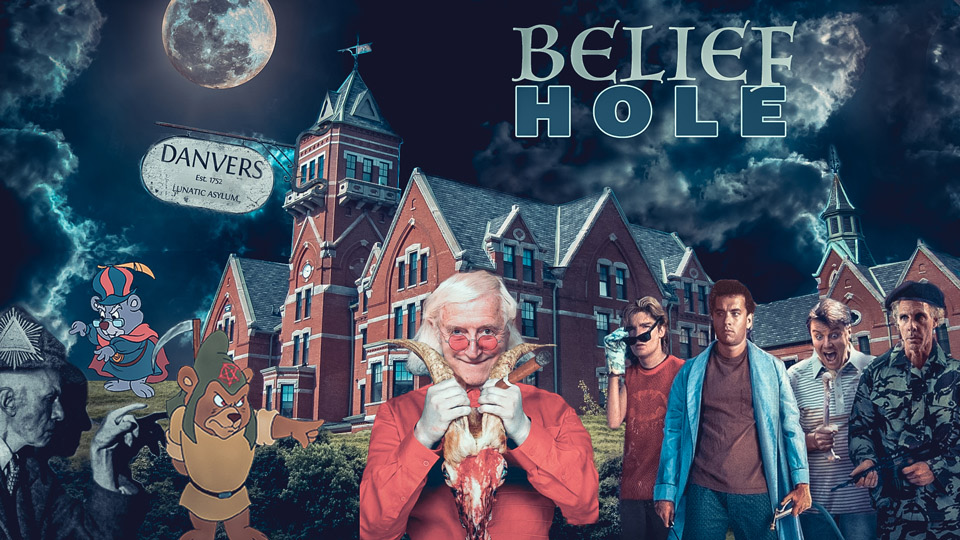 E04 | Demons of the Mind and Witchcraft in Elite Society

On episode 4 of Belief Hole, we discuss the potential paranormality of Multiple Personality Disorder. After reviewing first hand testimony from an asylum psychologist, we focus in on the Billy Milligan case and attempt to uncover aspects of Dissociative Identity Disorder that seem to allude to split personalities being real, living entities sharing consciousness with a host body.

After the break we delve into Aleister Crowley’s concept of the abyss and how that might tie into our previous topic. And it wouldn’t be a true Belief Hole episode if we didn’t tumble down the rabbit hole and into some fringe worthy topics relating to modern culture.. such as Marina Abramovic’s spirit cooking, Tony Podesta’s headless home decor, Azealia Banks’ chicken carcass closet cleanse.. and Gummi Bears. The last one’s just for fun.

Session 9, The Burbs, Fear and Loathing in Las Vegas

The Minds of Billy Milligan: | LINK