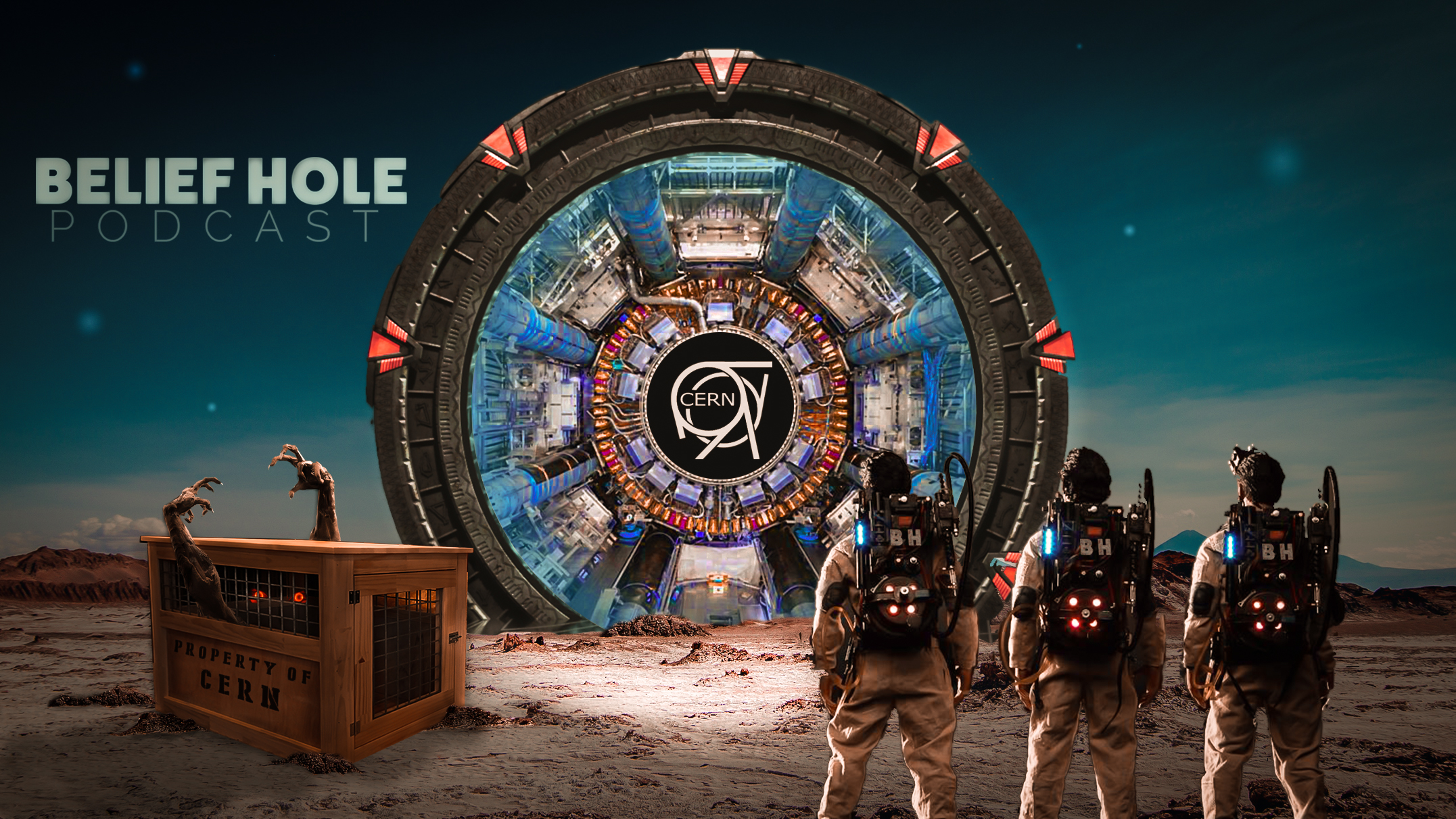 On this episode of Belief Hole, we take an eager peak through the keyhole at CERN, a 17 Mile construction of highly advanced scientific experimentation that has been shrouded in mystery and linked to occult rituals since it’s conception. Is it capable of opening a Hellmouth, avenues of interdimensional travel, or even Kurt Russel type stargates?! Have they already begun the deconstruction of our reality, and if so, does this explain the Mandela Effect, spiritual disconnection and the strange sounds heard in the sky around the planet?.. Or are they just simply rolling the dice on disturbing the nature of existence?

Join us as we dig deep into the history and discover connections with Jack Parsons of NASA and Scientology’s L’Ron Hubbard and their bro-mantic attempt to summon entities in the desert.. where they discovered a stargate!.. Okay, we made that last part up, but it makes a nice bookend;)