A couple encounters paranormal activity in a foreboding cave

Love the show. Was listening to the strange listener stories and I have a little something to share. When the hubby and I were dating, we once went to the White Mountains in northern Arizona for a weekend camping trip, just the 2 of us.
One day we decided to take a short hike through the forest while talking about all the spooky things you can talk about while being (what feels like) completely alone in the woods; skin-walkers, alien abductions, missing people, and corpses… you know, all the good stuff.

This was public land, located about an hour from Sunrise Ski Resort. As we were walking, we came across a (we’ll say) 20 x 20 gated, in-ground cave. What do most normal people do? We followed in the footsteps of our predecessors and crawled through the hole in the fence to see what was down there.

The cave was wide for about 10 feet, then it got super narrow and cold. Caves are cold, not a big deal. BUT, we’re in the middle of the woods. We’ve been talking about spooky things. We hadn’t seen anyone in a couple of hours, and then in the middle of the forest, there is a fence! We decide enough is enough and we should head back to camp, but first, we need a picture. My hubby sets up the digital camera (this was about 12 years ago, people still carried around cameras) and we settle down on a rock with our backs to the cave. First couple of pictures are screwy, half of our heads are cut off, the camera fell a couple of times while we were waiting for the timer, and only one of us would be in the picture or one of us would blink. We probably took 20 pictures of ourselves in front of this cave. Finally, we get one we’re both happy with. After checking ourselves out for a minute we look at the cave behind us and there is a light that appears to be flying out of the cave.

The camera captured (what I can only describe as) a “tracer”. Where you can see where the light originated, and as it was moving it created a trail of where it was, and when the camera went off, the brightest spot.

We boogied out of there right quick and it felt like someone was watching us the whole time we walked back to camp.

Thanks for reading! ..and keep up the awesome shows!! 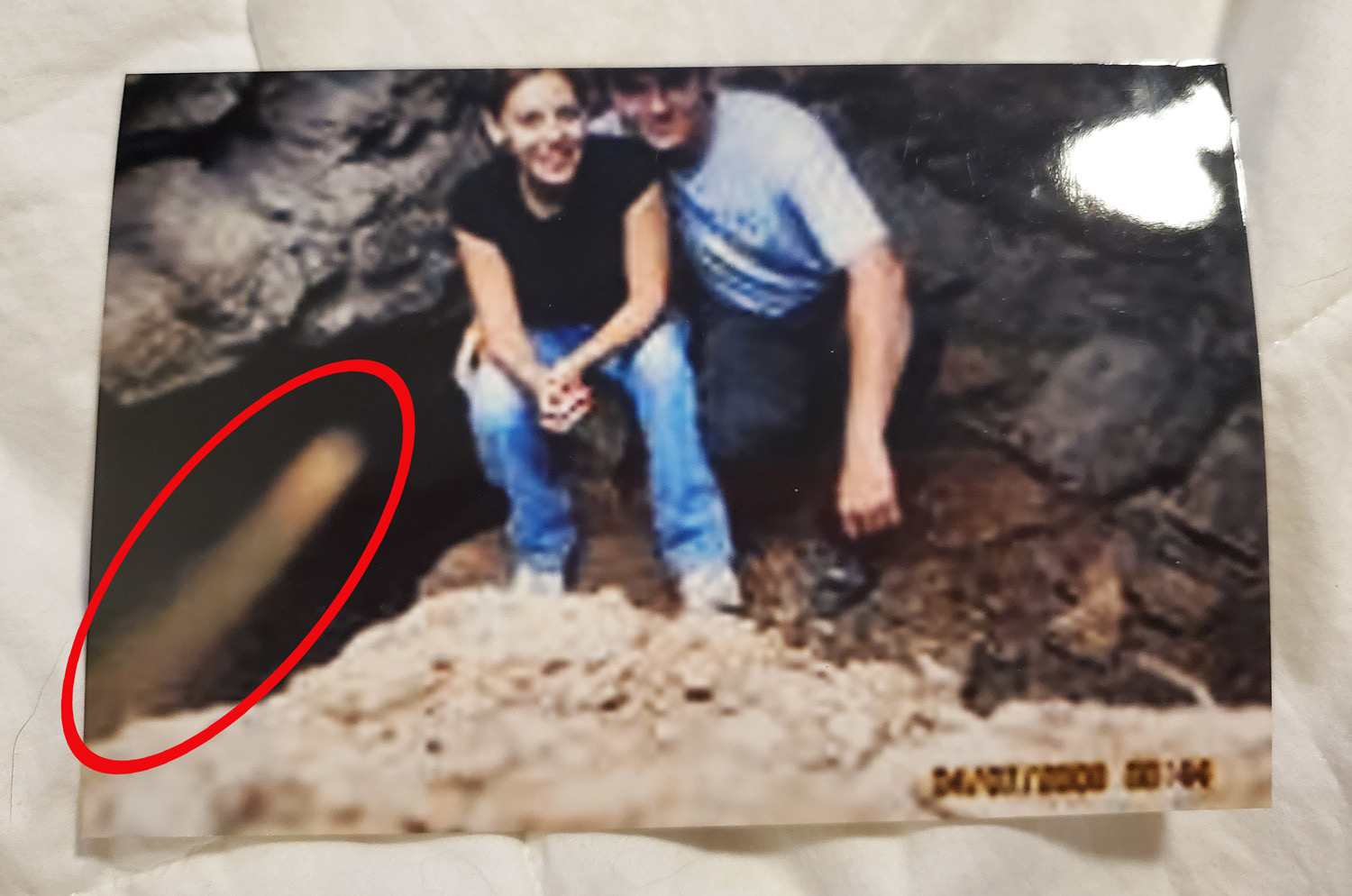