What is hidden in the skies at night? What drifts silently in the darkness just above our heads? These freaky videos expose some of that hidden world in the creepy green glow of infrared.

Since the development of film camera, people have have reported and captured strange craft and lights in the darkened skies of the night. That goes without saying (even though I just did). But a fascinating development in recent years has been the growing number of people capturing images of UFOs and other unexplained arial phenomena in the night skies which would normally be hidden. This is all made possible with the aid of night vision goggles and infrared lenses.

Apparently there is a schocking amount of activity in the skies above us, even when we can’t see them with the naked eye.

One Youtube channel that has given us a glimpse into this hidden sky ballet is dede95064. The channel presents several fascinating videos which depict what look like the typical triangle UFOs drifting and speeding in the green infrared sky above. Check the 2 videos out below and let us know what you think:

WHAT IS THIS THING?

Some say this triangle-shaped variety of UFOs is a black budget military/ government deep state project whose official name is the TR-3B. Here’s a fun little summary description from Military.com of how it’s believed to operate:

It uses highly pressured mercury accelerated by nuclear energy to produce a plasma that creates a field of anti-gravity around the ship. Conventional thrusters located at the tips of the craft allow it to perform all manner of rapid high speed maneuvers along all three axes. Interestingly, the plasma generated also reduces radar signature significantly. So it’ll be almost invisible on radar & remain undetected. This literally means that it can go to any country it likes without being detected by air traffic control & air defence systems.

WHERE DO THEY COME FROM?

These triangle craft have been buzzing the skies at least since the early 1990s, and probably earlier. In fact, the current triangle design a logical evolution of the ‘flying wing’ design first developed by the Nazis in the 1930s with it’s secret and totally sci-fi fantasy-styled Horten Ho 229. 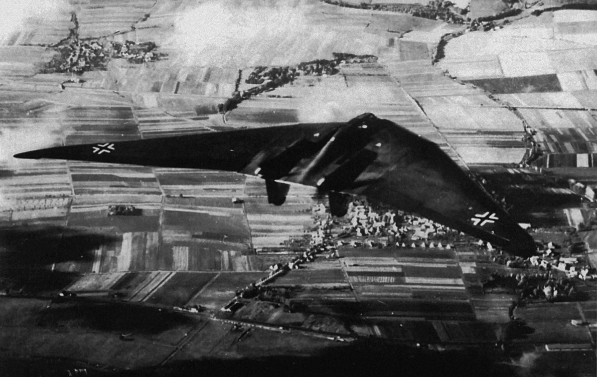 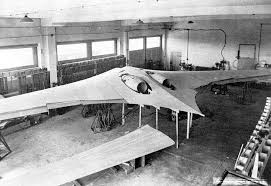 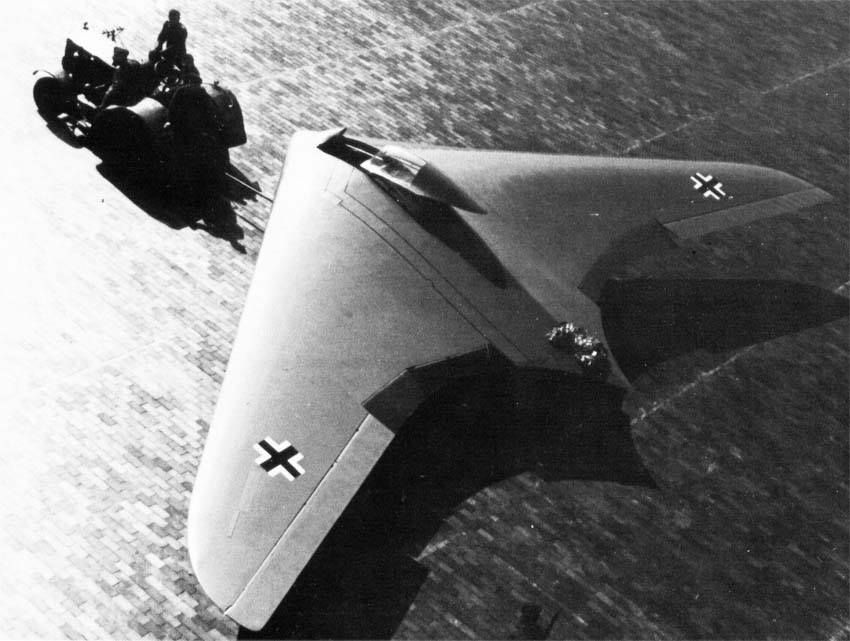 Aerospace and Aviation Journalist James Goodall, who investigated the happenings around the Groom Lake/Area 51 region long before the world heard of Bob Lazar, recorded several statements on these triangle-like mysterious craft even before the 1990s.

Goodall asked one of his contacts at Groom Lake, if he believed in UFOs. The man said, “absolutely, positively they exist.”  Later on, the same aerospace informant told Goodall “we have things in the Nevada desert that would make George Lucas envious.”

Around 1995, another of Goodall’s sources told him “we have things out there that are literally out of this world, better than Star Trek or anything you can see in the movies.” [source]

And finally, we all know the mysterious and controversial line from Ben Rich, the former Director of Lockheed’s Skunk Works and “father of stealth technology”:

We now have the technology to take ET home.

While some are skeptical and argue this comment was more tongue and cheek, and just a reference to Spielberg’s classic film, ET, others that knew him claim he believed in extra terrestrial life and also that he had made similar cryptic remarks on multiple occasions. Acclaimed Secret Space Program researcher, Richard Dolan has provided testimony from John Andrews – a friend of Ben Rich (by way of mutual friend Bill McDonald) that Rich had said that “the truth is too unbelievable, too intense, too powerful, too dramatic, and just too frightening…”

That’s pretty darn creepy coming from the former head of Skunk Works – the slimy, sci-fi womb from which the most secret advanced technology is birthed.

Check out our episode on the Secret Space Program and Breakaway Civilization to hear whistleblower testimony and deeper research on this subject.