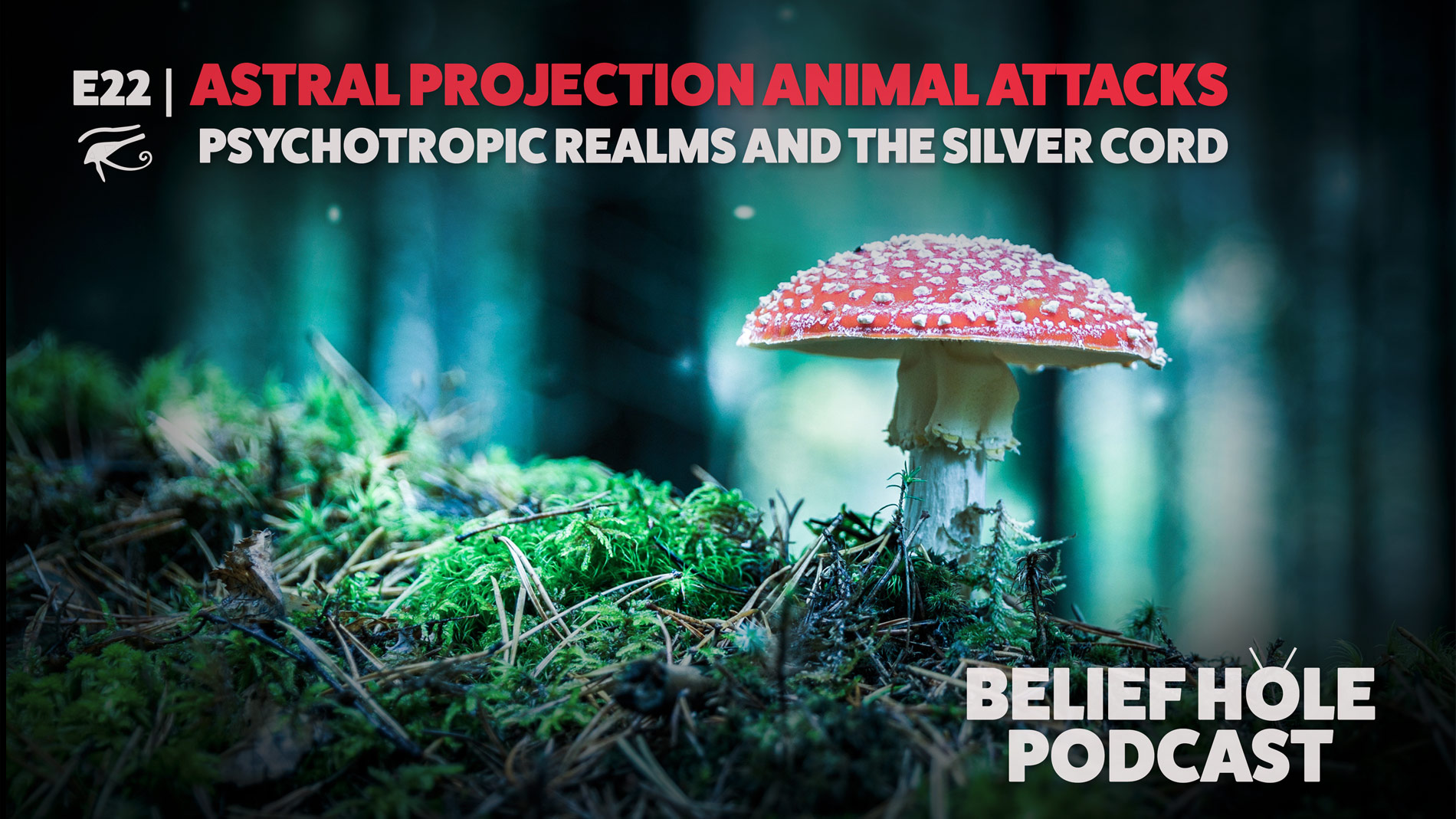 On this episode, we ride the vibes once again and gallop off into the astral plane with more tales of out of body experiences, astral animal attacks and visits to the mysterious DMT realm. Is there a multidimensional umbilical cord that connects us to the other side of the veil, and if so, what sort of entities might it be vulnerable to?

What implications might the OBE reality have for ancient concepts such as demon possession and modern ideas like transhumanism?

We’re gonna drop ‘The Further’ like its hot, so get on your shadow steed jump the rift with your friends here in the Hole!

JOURNEYS OUT OF THE BODY
Robert A. Monroe

What is the Astral Plane?

The astral plane, also called the astral world, is a plane of existence postulated by classical (particularly neo-Platonic), medieval, oriental, and esoteric philosophies and mystery religions.[1] It is the world of the celestial spheres, crossed by the soul in its astral body on the way to being born and after death, and is generally believed to be populated by angels, spirits or other immaterial beings. – Wikipedia